Ok, I'm going to get this out the way early. I have big ears. There, I said it.

Anyone who has met me will already be aware of this fact but most of you reading this won't. Unlike being tall (or short, for that matter), there aren't really any upsides to having big ears, not that I've found in my 38 years on this planet. Improved hearing you might say? My wife would disagree!

There are some downsides to having big ears though. They are prone to getting sun-burnt, they fill up with all manner of detritus on windy days and worst of all, they aren't very good for holding earphones!

I enjoy running with music or listening to podcasts, particularly on my longer runs. I have tried all sorts of earphones over the years, from cheap to expensive, regular ones and dedicated sports ones. None stay in my mahoosive ears (even with the bigger rubber bits) and after a time, usually not very long in most cases, they break. The cables will often get damaged from the repeated movements or they will suffer from the moisture due to rain and dare I say it, sweat. Yes, I've got big ears and I'm sweaty. What a catch!

I had heard about Yurbuds even before they launched in the UK. Their claims regarding 'Never falling out' were immediately appealing to someone 'blessed' with larger than average lug-holes. Combine this with their resistance to moisture and my interest was peaked!

The social team at Yurbuds (@yurbudsUK) were doing a lot of promotion for their products around the London Marathon. I contacted them in the hope they would allow me to trial and review some of their fancy bud's. The team were great and after some communications, my brand new shiny Inspire Pro's arrived in the post. 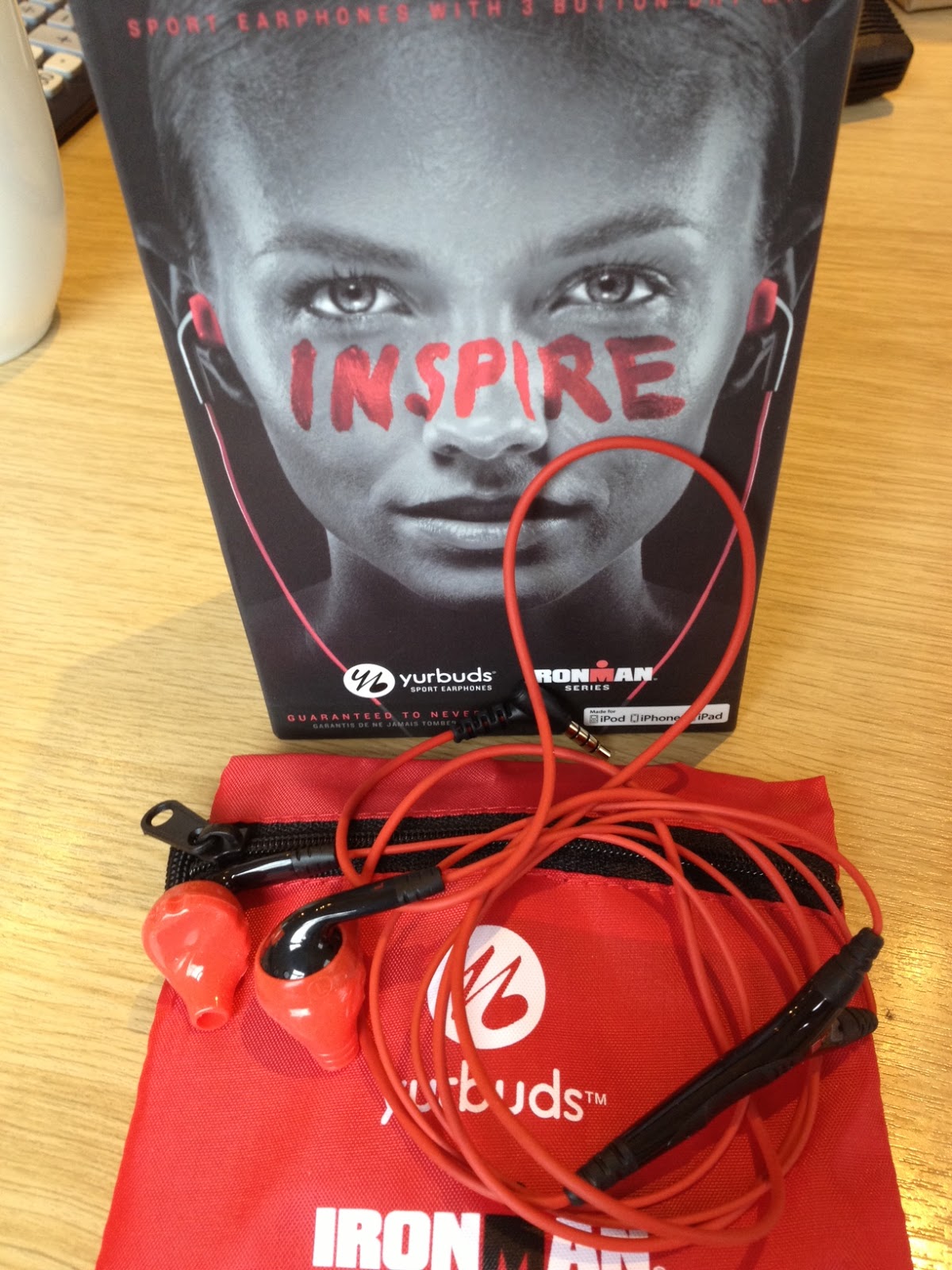 My initial impressions were really positive. The buds were well packaged and came with a carry-case, cable clip and two sets of rubber ear pieces. The buds themselves included in an in-line mic and full iPod/iPhone controls. I particularly liked the slightly shorter cord, which would mean less chance of it getting tangled when wearing my iPhone in an arm band. Perfect for those long runs and run-commutes. Although the design of the 'inner ear' part looks slightly unusual, the instructions were really clear and the buds slipped in nicely. They were a good fit for my ears, felt very secure and didn't hurt, like some have done in the past. The real test though, was going to be out on the road.

I should that Yurbuds come in all sizes, from small to large. They also come in a variety of colours. Check out the link to their website (above). Uk readers can also check them out on the Sweatshop website.

I decided to use my buds on a run home from work. This would be the perfect test, allowing me to test the sound quality against the ability to still hear other commuters and car noise. Plus the first half a mile is downhill, so it would really test their ability to remain in my ears, as I pounded down the road at full tilt. Throw in a bit of rain and we've got the perfect test conditions! 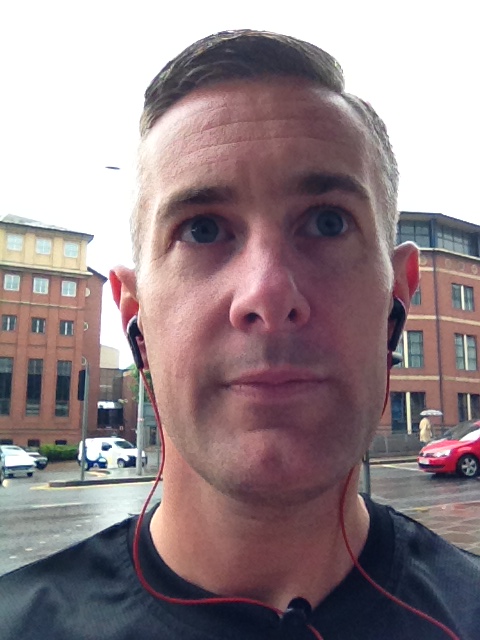 I have to say that despite the claims that they don't fall out, decades of wearing in-ear earphones has conditioned me to expect them to fall out........ but they didn't. Once in, they didn't need adjusting or replacing. They just stayed put. Amazing! The sound quality was a huge improvement on the standard iPhone earphones, allowing me to pick up more detail on podcasts and delivering a clearer, fuller and more bassy sound when listening to music.

The Inspire Pro's are great for general use but they really come into their own for use whilst exercising. With a lifetime guarantee and at a competitive price point, these buds come highly recommended.