I was motivated to write a review on the new Brooks Ghost 5 because I have been really impressed by the updates to this latest version of their cushioned (neutral) shoe.

I should say now that whilst I would not describe myself as a Brooks 'fanboy', I have owned several pairs of Brooks running shoes in the recent past, including the GTS 12, Green Silence and 2 pairs of the Ghost 4's.

And it is really against the Ghost 4's that I am making the comparison. I tried a lot of similarly priced cushioned shoes (on the treadmill) before opting for the Ghost 4's. I liked the cushioned feel they offered without too much weight in the heel and the feeling your stride is being 'controlled'. They were lighter than many similar shoes and also offered a bit more width at the toe, which is something I struggle with when it comes to some brands. These shoes served me well whilst training for the Brighton Marathon in 2012, so I bought another pair to wear on my final training runs and on race day. In the end, I ran over 1200 miles in the two pairs of shoes and have to say that they were well constructed and lasted really well.

Having had such a positive experience with the Ghost 4's, I felt comfortable buying the Ghost 5's without a treadmill test. Now, I have owned updates of running shoes previously and I appreciate that the challenge for the manufacturers is to retain enough of the characteristics to keep the loyal customers happy, whilst also keeping up with the latest innovations and ensuring that each update is progressive and offers something new.

I have to say that I think that Brooks have got it spot on with the update from the 4 to the 5. The shoe is slightly lighter but still retains all of the ride comfort and cushioning (using their DNA technology). If anything, there is slightly more cushioning, particularly in the forefoot. Another thing that struck me was the weave of the fabric. It seems to do a good job of keeping your feet dry in the rain and snow but allows for more air-flow, particularly in the toe area. This took me by surprise on my first few early morning runs (which were done in sub-zero temperatures!) but I suspect I will be grateful for the added ventilation, particularly on those long runs in hotter temperatures. 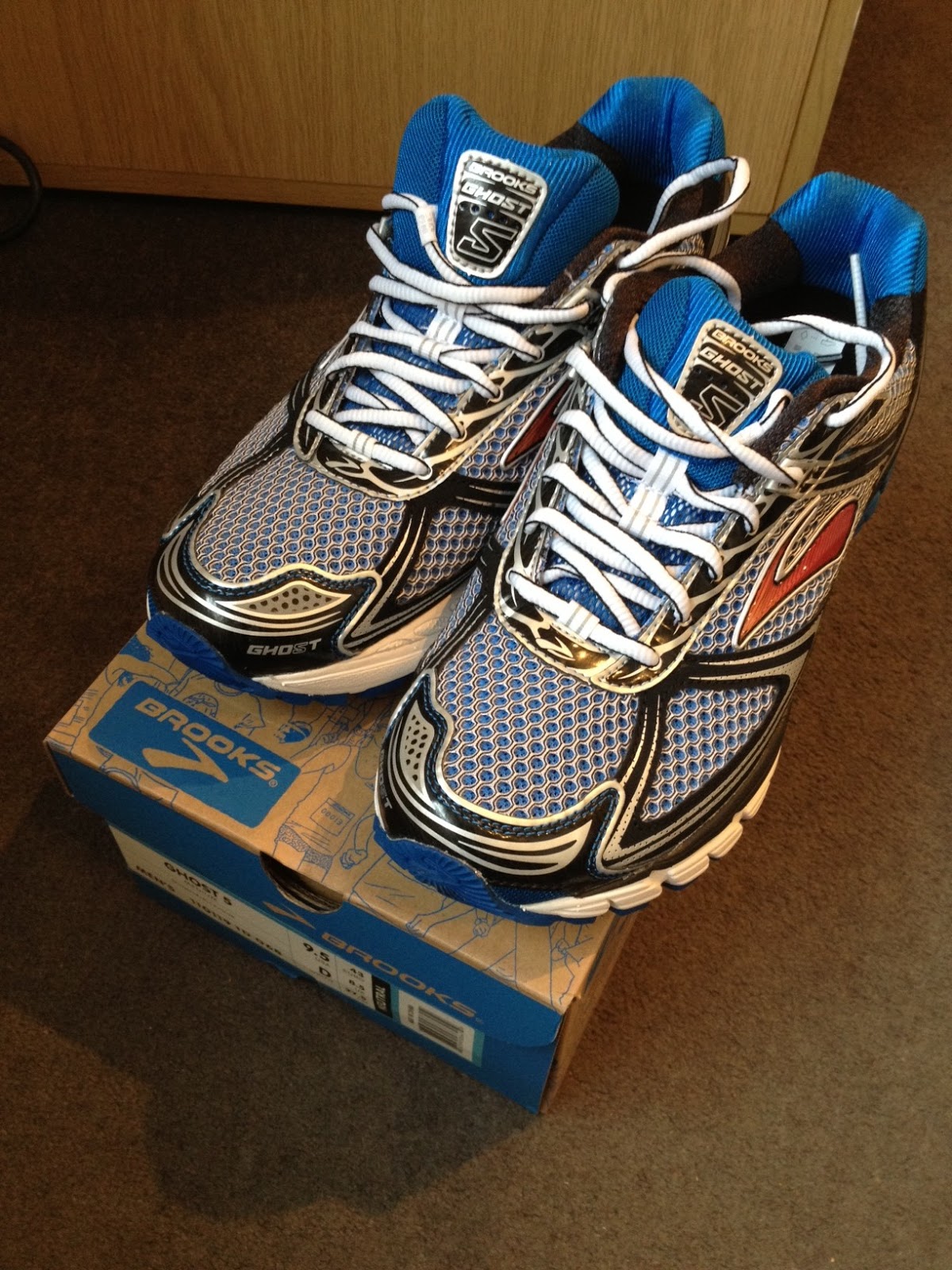 All in all the Brooks 5 is a really good update to an already very solid shoe. I would recommend it to any medium to high mileage runners who prefer a neutral, cushioned shoe.
Posted by Unknown at 05:15 No comments: