Like a lot of runners, I was quite intrigued by the claims made by Adidas about their new Boost technology. There was certainly a lot of hype surrounding the benefits of the Boost technology used in their mid-sole.

Although all of the marketing hype centred on the Boost technology, the thing that first struck me about the Adistar Boost was their uppers. They are largely made up of a neoprene material which results in a more snug fit. Initially I thought it might be a bit too snug and may cause blisters but after 300+ miles (including long training runs and the Berlin Marathon), I can report that I have been completely blister free. If you have wide feet (as I do) you may need to opt of half a size bigger but I tend to find that with Adidas trainers anyway. 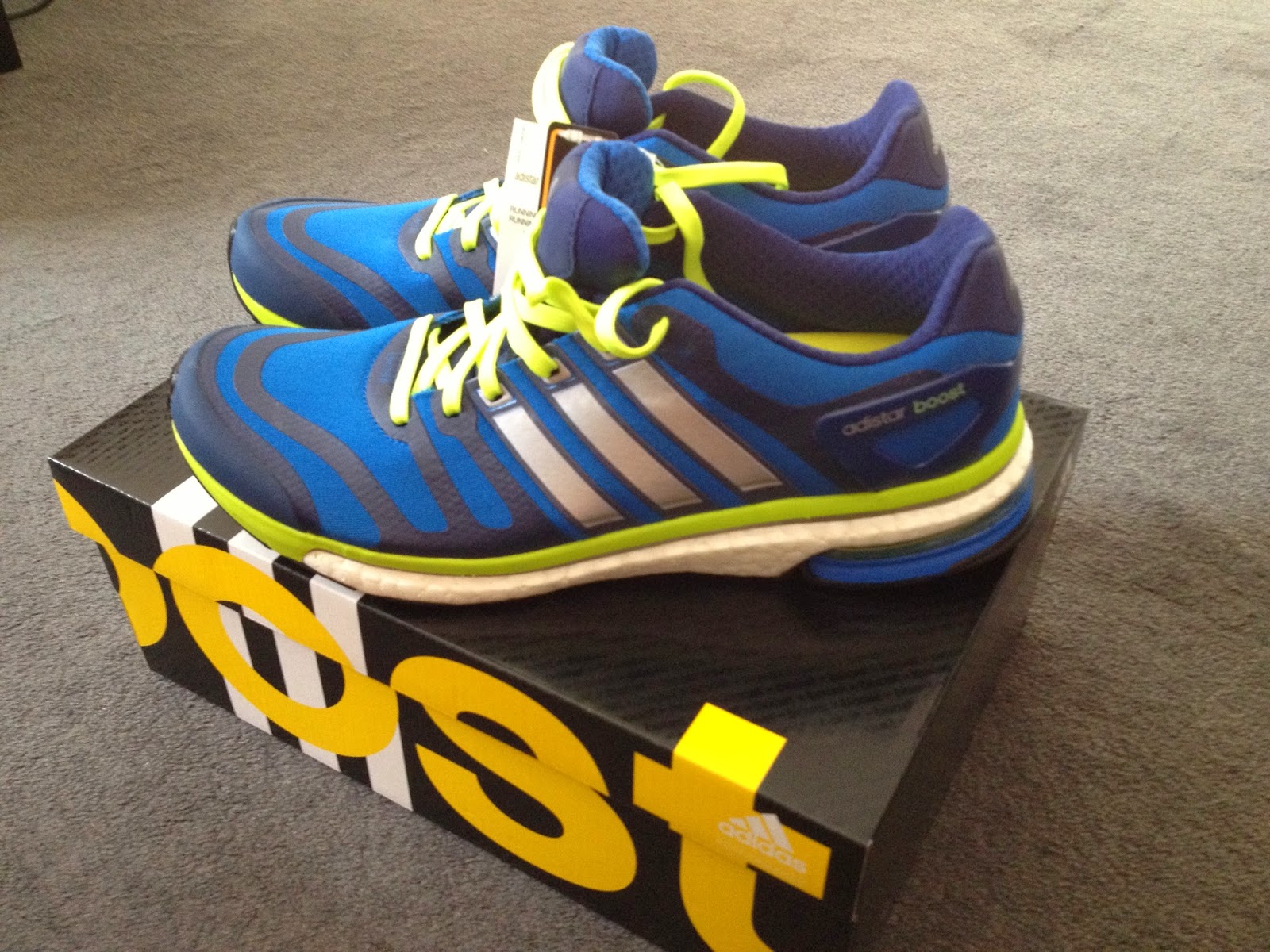 I wanted to reserve judgement on the Adistar Boost until I had covered a significant amount of miles in them. New trainers always feel good to me but the Adistar Boost felt especially cushioned, particularly in the fore/mid-foot. Even though the sole is thinner here, the cushioning is still really good. I am a moderate heel striker but tend to run in neutral shoes. I find the heel response on the Boost very good but they are definitely softer than any neutral shoe I have run in before. There may be some that prefer more structure around the heel.

One of the other things that struck me about this shoe was the outer sole. It is quite thin and doesn't offer much tread depth. I know they are not trail shoes but the grip off road is not great. I also wonder whether Adidas fear that their claims about never ending energy return might cause owners to hold onto the trainers longer than they might ordinarily and that the thin sole is a way of ensuring we still change our trainers regularly. Perhaps that's just me being cynical.

I have enjoyed running in the Adistar Boost and expect I'll be buying another pair of trainers with the Boost technology once these ones finally reach their mileage limit/get worn out.