A few weeks ago Sport Pursuit were good enough to send be a couple of shots of BEET IT Sport. I had already heard about this product and the potential benefits of taking beetroot juice as a supplement for people participating in sports and had seen runners and sports teams promoting the benefits of this natural supplement. Now, I enjoy beetroot on salads but I was a bit sceptical about whether I could stomach it as a drink!


As I am currently training for the Berlin Marathon, I have been increasing my weekly mileage and a lot of my mid-week runs (which I tend to run before work) have been in excess of 10 miles. When you are pushed for time in the morning, it does present you with a bit of a challenge in terms of ensuring your nutrition is right and you have enough energy for a longer session. I wouldn't usually eat anything prior to an early morning run, sometimes opting for a banana if I feel in need of a bit of energy or have a longer session to run. 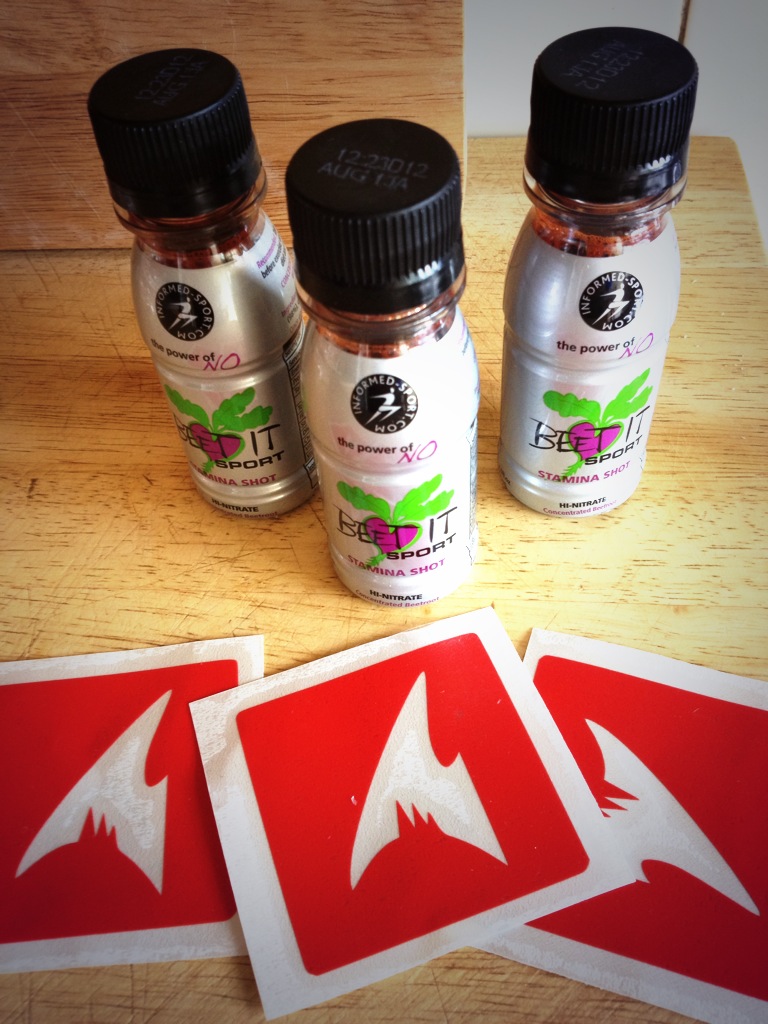 I have to say I was pleasantly surprised by the BEET IT Sport shots. The smell was sweet and the taste was better than I expected, no doubt in part to the natural lemon juice. The consistency was slightly thicker than I expected but nowhere near as thick as say a protein shake. The fact they come in 7cl shots means you can down them in one or two gulps even if you don't think you'll enjoy the taste! I can't comment as to the scientific benefits of beetroot juice but I have read enough to know that the high nitrate content in beetroot is good for you and I did feel good on those longer early morning sessions when I'd had a shot of BEET IT Sport.

If you would like to find out more about BEET IT Sport. You can read about it here: http://www.beet-it.com/sport/
Posted by Unknown at 02:46 25 comments:

Stepping outside my comfort zone.....

....a review of my Berlin Marathon training, so far.

Following the disappointment at the Milton Keynes Marathon in May I concluded that, among other things, I needed to step outside my comfort zone. MK was my 4th marathon and although I had improved over those 4 marathons, it was clear that I had reached a plateau and needed to alter my approach if I was going to achieve my goal of running sub 3:30 at Berlin.

I first looked at the Daniels running formula after a recommendation from Twitter pal Dave (@dav3c) but I found the workouts too complex and also didn't feel it would offer me enough recovery time. In the end, I settled on the sub 3:30 marathon plan on the Runkeeper app, which is devised by a trainer called Jeff Gaudette. It looked to have the right combination of intervals, tempo and marathon paced running and uses a run on Saturday to tire your legs out for the Sunday run (sounds great, eh?!). The theory being, that you don't have to run quite so far on your Sunday long runs. Including a 2 week taper, the training plan would be a total of 16 weeks.

The first couple of weeks were fairly comfortable with midweek runs of 4 or 5 miles and the longest run being 10 miles. I then had 2 weeks in the US, ate a lot, drank a fair bit and only ran twice. The net outcome being I had a fantastic holiday but put on the best part of half a stone!

The combination of over indulgence and missing the progression of those 2 weeks of training meant that on return from my holiday, I was really struggling with the training plan. By now some of the midweek runs were close to 10 miles and aside from one slower run per week, every session was at, or faster than marathon pace. The long runs had crept up to 13 or 14 miles and these were run at MP with a 3 or 4 mile section at the end that is run at slightly faster than MP (circa 7:45m/m). I'd been used to doing most of my long runs (and some of my midweek runs) much slower than this. It was fair to say that this training plan was taking me out of my comfort zone. In fact, it was kicking my ass! 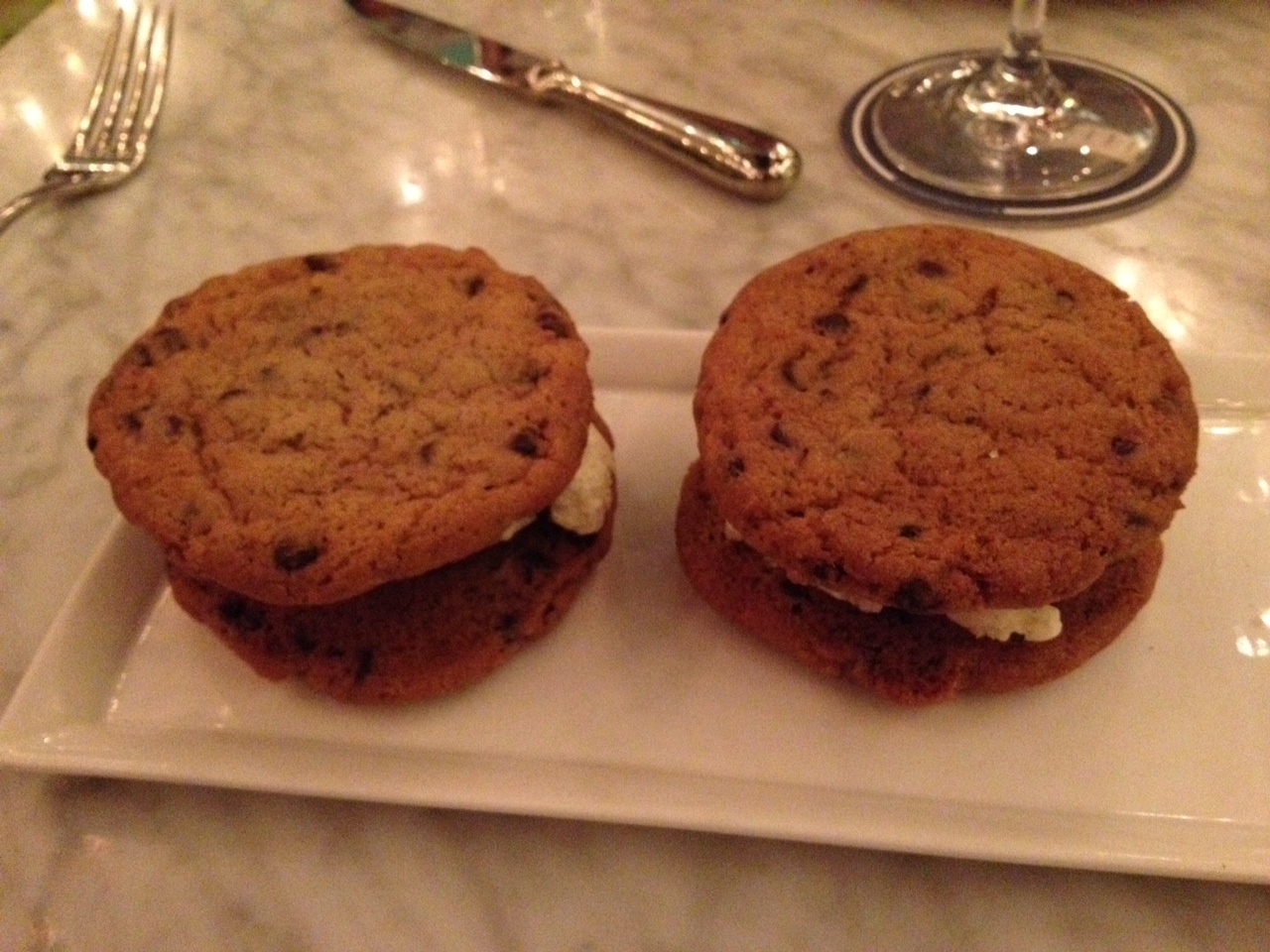 I took some encouragement that although I was finding it hard, I was managing to stick with the planned sessions*. I was really pleased when Nick (@nick_runs) suggested we run together for our planned Sunday run of 14 miles (@8:00m/m). He ran strongly and was clearly in better shape than me and on nearing home at about 12.5 miles, he encouraged me to push on for the full 14 miles, when I probably would have wimped out had I been on my own!

During this period of training I have also run 2 races. The Notts 5 mile Road Race (36:39) and the Jagermeister 10k this past Friday, which is a hilly race (44:40). The 5 miler was a bit of a social tempo run with Mike (@mikew30) and his son James but the Jagermeister in particular was good for sharpness.

On Sunday I completed 4 really solid weeks of training (week 9 of 16), with a 16 miler at MP. Although it was tough, I started to feel that I was running into some form and that the benefit of that 4 week training block was finally paying off. Don't get me wrong, the sessions are still really tough but I feel like I am getting some fitness back. I never felt like this at any point during my MK Marathon training, so I hope it is a good sign. 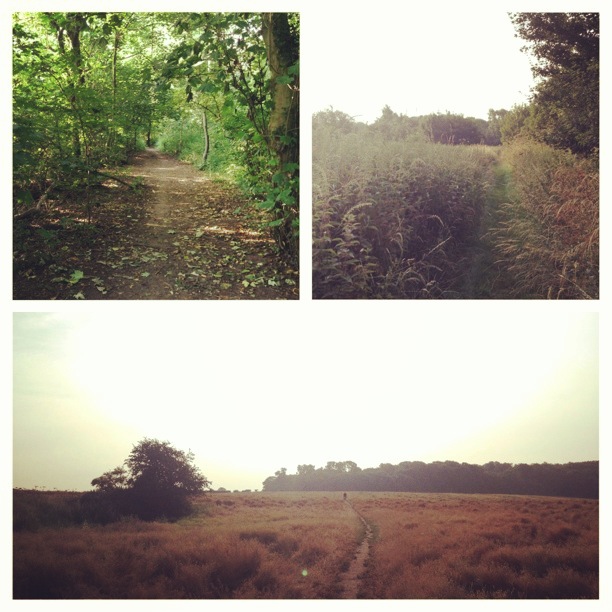 Summer running through the woods & trails

Unfortunately or fortunately, depending on how you look at it, I have got a week in Spain coming up in a week or so. I am determined to take my diet a bit more seriously in the hope that I can keep my weight down and although I won't be sticking to my training plan (it's too hilly where we are going) I do plan to run every other day (as a minimum), and swim lots.

I am particularly keen to hear from other runners training for the Berlin Marathon and those that have any tips for balancing holidays with training.

(*I did have to have a little lay down at about 11 miles on my first post-holiday long run!)